15:30 - 16:00 (GMT+03:00)
15 April 2021
Keynote
Add to calendar 04/15/2021 15:30 04/15/2021 16:00 Europe/Bucharest Virtualized: Powerful security made simple - The devil in the-skies? In this presentation, ESET Senior Research Fellow Righard Zwienenberg, using recent events, will explore examples where moving from self-hosted to managed solutions indeed can be an improvement, but also will show that it’s not a reason to be less attentive and careful.
https://myconnector.ro/virtual/virtualized-powerful-security-made-simple/737 Virtual hello@myconnector.ro

Timely updating, patching, keeping track of issues… All are widely underestimated but very important aspects of maintaining a healthy environment with a secure perimeter. Infrequent, incomplete or untimely actions can often set the stage for conditions that result in severe breaches to the network, and may compromise the integrity of the business.

As applying system and application updates is often seen as a cumbersome and time-consuming process, more and more businesses - especially small and medium sized ones - have decided to use cloud-based services from MSPs, where the sales pitch is that the MSP will take care of all system management issues, including security. Now we all know that in advertisements and sales pitches: it all looks, walks and talks like an angel… But is that wise?

Now, it is difficult to say you were fooled, cheated or lied to when you were persuaded to move applications or operations into the cloud. From the situation you are in, it definitely may be an improvement. But if it is heaven, it may not be the way it seems!

In this presentation, ESET Senior Research Fellow Righard Zwienenberg, using recent events, will explore examples where moving from self-hosted to managed solutions indeed can be an improvement, but also will show that it’s not a reason to be less attentive and careful.

[With apologies to Elvis Presley] 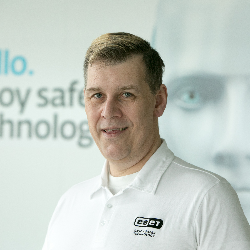 Zwienenberg started dealing with computer viruses in 1988 after encountering the first virus problems.

His interest thus kindled he has studied virus behaviour and presented solutions and detection schemes ever since. Starting as an independent consultant, later as R&D Manager at CSE Ltd, as a researcher for ThunderBYTE, as Chief Research Officer at Norman, and currently as Senior Research Fellow at ESET.

Over the years he has served in many extra roles in different industry organizations. Currently he is still serving on the board of AVAR, on the Technical Overview Board of the WildList and as the Vice Chair of the Executive Committee of IEEE ICSG.

In 2018, Zwienenberg joined the Europol European Cyber Crime Center (EC3) Advisory Group as an ESET representative. Zwienenberg has been a member of CARO since late 1991. He is a frequent speaker at conferences and general security seminars.