Orthodontic treatment of patients with periodontal pathologies can bring significant benefits in terms of periodontal recoveryand long-term success, but at the same time it involves certain precautions. The lingualization of the lower anterior teeth is an essential stage during the interdisciplinary therapeutic approach of the adult periodontal patient.

The finite element method (FEM) is an analysis used to calculate stress and loads in complex structures that is currently widely adopted in biomechanics and the study of the behavior of biological structures.

Our results showed thatnone of the analyzed parameters were significantly influenced by the magnitude of the applied force: _ ech, _ c, or f. Thus, lingualization can be considered as a reliable option during complex periodontal treatment. Anatomical particularities should also be considered since they may contribute to increase in periodontal risk in case of lingualization of the LLI compared to that of the LCI, with a potential emergence of the “wedge effect”.

Thus,differences in anatomical features of the roots are important because they may influence the absorption of force by the supporting periodontium. Although orthodontic forces applied on anterior teeth with affected periodontium are very difficult to quantify in a clinical setting, we recommend that they should be light, efficient, and not exceed 1 N, in order to minimize periodontal hazards.

Future studies are necessary, in order to investigate and validate our results; therefore, we consider that a correct and uniform protocol of orthodontic management in periodontal cases may significantly contribute to an increased rate of success with minimal associated risks. 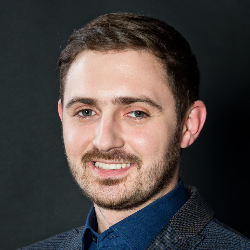 Dr. Ionut Luchian is a Lecturer and Consultant in Periodontology, being part of the academic staff of the Faculty of Dental Medicine, Grigore T. Popa University of Medicine and Pharmacy Iasi-Romania. In the same time, he hold a MSc and PhD in Dental Medicine. He published extensively in international journals and served as guest editor or reviewer. Since 2020 he was appointed as Vice Dean of the faculty in which he teaches.