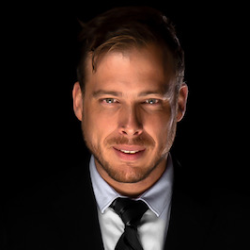 Dr. De Aguiar has become in recent years a world reference personality in terms of his work and skills, not only in the field of Implantology and Dental Aesthetics, but also in other fields such as Marketing, Management and Business.

He graduated from the University of Santa Maria in Caraca, Venezuela in 2002. After that, the dancer decided to train as a dental technician for the next two years. After graduating from this training, he moved to Argentina, where he began his postgraduate studies in the field of implantology, including two other important fields such as surgery and dental prosthetics.

His presentation should not be missed by any practicing dentist, Dr. De Aguiar familiarizes us with his entire digital workflow of planning and therapeutic interventions.