Fireside Chat - Evolution on Wheels: What is your car up to?

With always on connectivity, frequent software updates and improvements, incredible safety advances and of course on-demand entertainment connected vehicles are game-changers. To deliver this, automakers are quickly adjusting to both develop and partner to create these experiences and ultimately cater to a new type of driver who expects a lot more from their new auto. We will explore the use cases and partnerships it takes to deliver these features, the role automakers are taking in this space and the changing landscape of the industry as a result. The relationship that automakers have with customers has fundamentally changed as technology has evolved and become integrated into today’s vehicles. Your car just won’t get you from A to B but will do a lot more. 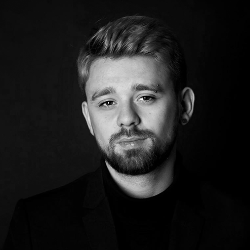 Octavian Palade is the Content Strategy Manager for Internet Corp, one of the most important publishers in the Romanian online media market. He's also a seasoned tech & business journalist, with over 11 years of experience, writing about startups and innovation for start-up.ro, the leading local startup news website. Pasionate about video, Octavian is also the Project Manager for VideoCorp, Internet Corp's multimedia department. 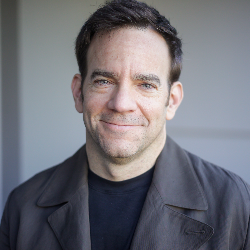 Scott Lyons leads the Tech & Commercial Partnerships for Ford of Europe. Based in Berlin, Lyons is responsible managing and growing various aspect of Ford's European Tech Partnerships Ecosystem and is the co-founder of the Ford start-up innovation program MakeItDriveable.  His focus is on content and services that will help deliver meaningful, unique and viable solutions to Ford customers via the connected car. Lyons joined Ford in 2013 from Motorola Mobility where he was Director of International Market Development and led a global team responsible for external developer engagement and business development within the MOTODEV organization. Prior to that he held positions at WPP interactive agency Digit London as commercial director – leading the award-winning Vodafone and Motorola accounts respectively – and co-founding London-based interactive agency Sugar Ltd. – a pioneer in the webcasting and digital creative industries. Lyons began his career with time spent in both the press relations and on-air promo departments at MTV Networks in New York, working on a variety of high-profile programming including the “MTV Movie Awards”, “Unplugged” and the “Video Music Awards”.