However, the market for telecom is expected to face certain restraints from several factors such as security issues and stringent regulatory environment. One of the key restraints of the market include-National security – the telecoms industry involved in the provision of national networks across the world is increasingly targeted by hackers, exposing various security issues. 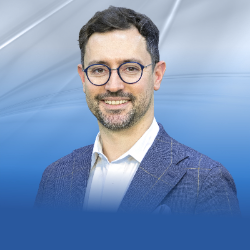 Currently, Secretary of State for TeleComm within the Ministry of Transport Infrastructure and Communications (MTIC) and vice-president of PNL District 1, with an expertise forged in over over 13 years of experience in central public and international local administration, Dragos C.-L. PREDA also participated as a coordinator in the elaboration of 5 national strategies and numerous other legislative provisions.

At local level, in European countries, as well as in the expert groups at the level of the European Commission, his areas of concern included: international development, public administration reform, security and defense policies, communication, development of smart cities and communities etc.

Passionate about strategy and prospective studies, DP has been since 2011 part of the Romania node of the Millennium Project initiated by the Smithsonian Institution, The Future Group International and United Nations University (UNU), participating at the elaboration of numerous national and international studies on the Future of Technology, the Future of the Labor Market or the Future of Education. DP is also member of the board of advisors of the Executive Blockchain Laboratory, initiated by ICI Bucharest, and has been involved in launching tech start-ups.

DP graduated École Nationale d'Administration (ENA) as a fellow scholar of the Government of the French Republic, as well as alumnus of two master's programs of Paris 1 Panthèon-Sorbonne, his BA alma mater University.