The Romanian students who hacked the world. The story of ED011

In the mid-1990s, Politehnica University of Bucharest hosted some of the world's greatest hackers at that time. They would often bribe the doorkeeper with cheap vodka to let them enter the infamous ED011 computer lab. Late into the night, quietly, with their computer screens dimmed, the students challenged themselves to hack NASA, the Pentagon, and the US Army. Legend has it that the US Embassy got so mad that it called the Romanian president at that time, Ion Iliescu, complaining about the students. 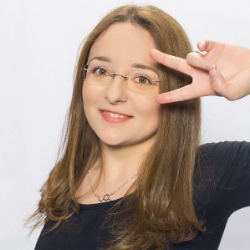 Andrada Fiscutean is a technology journalist based in Romania. She has written about Eastern European hackers, journalists attacked with malware, and North Korean scientists. Her work has been featured in Ars Technica, Nature, Wired, Vice Motherboard, and ZDNet. In 2019-20, she was a Knight Science Journalism fellow at Massachusetts Institute of Technology.