Implications of the COVID-19 Pandemic on internet traffic in our network. 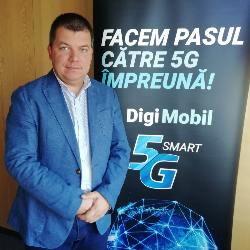 
Emanuel Popa, IP Engineering Director, works within Digi Group | RCS & RDS since 2000, when he joined the company for a technical support position. From April 2001, he took over the responsibilities of WAN Engineer (administration, planning and development of the national IP / MPLS network), and four years later he became IP Backbone Team Leader.

Also in 2005, he was appointed NMC manager and, since August 2010, MIST manager, becoming at the same time the coordinator of IP Engineering Direction of NMC, MIST and Backbone activities.