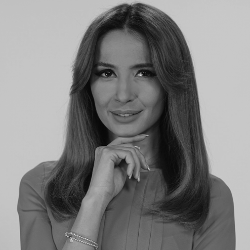 Ligia Munteanu is a TV anchor at Digi24 news station (part of Digi | RCS & RDS Group). Her journalistic career started 10 years ago, at the public Romanian television, and she joined Digi24 team in 2016, as news anchor of the TV program “Economic Journal”. Recently, she became the host of “2.0” IT & C news program, broadcasted by Digi24.

Ligia graduated from Alexandru Ioan Cuza University (Iasi) and she has a PhD in Economics, Bucharest University of Economic Studies. 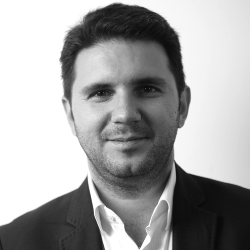 Mihnea is an e-Government enthusiast having spent recent years in top management positions for Romanian IT businesses. He is now Deputy CEO for Trencadis Corp, an organic growing Romanian integrator managing complex IT systems, accessed by more than 100.000 citizens daily. Mihnea joined Trencadis in May 2017 having previously shown his expertise in implementing many critical systems as Project and Program Manager from 2003 to 2017 in e-Government, Retail, Automotive and Telco IT sectors.

Mihnea Mihailescu began his project management career holding local and regional positions in Softwin and IBM, implementing projects in various countries, such as Serbia, Bulgaria, The Netherlands and UK. He earned a degree in Economics and likes to ski and travel in the rural and historic sites of Romania.