We are going to touch mainly three ideas:
- innovation Divide in Europe is larger than any other economic indicator. Larger than the gap in GDP per capita, productivity, or employment.
- European Innovation Council (EIC) is our unicorn’s factory to build global tech leaders in Europe.
- European Institute of Innovation and Technology and the EIC will work together to build a connect innovation ecosystems across Europe. 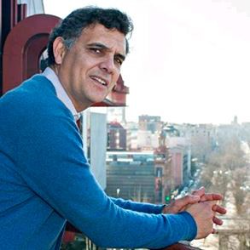 From 2015 to 2019 Isidro was also nominated “Thought Leader at United Nations ITU Agency”, and is member of several advisory boards to international networks of startups. He combines his professional activities with academic activities such as being “Cambridge University CSAP Continuing Fellow”, visiting lecturer to CEPADE (Universidad Politecnica de Madrid) and writing books and papers which are included as citations by hundreds of academics.

After graduating as an Engineer from the Universidad Politecnica de Madrid, he set up two Innovative SMEs on software business in the Tech AgriFood area before becoming a strategy advisor to CEOs of large corporations. Afterwards he became director in charge of IT and Change Management Projects in a large corporation (Atos Origin). In 2001 he moved into the public sector where he has been mainly working on strategy and innovation within the European Commission.