Deploying models built on top of complex Deep Learning frameworks (e.g. TensorFlow, PyTorch) substantially increases the attack surface that companies and individuals expose themselves to. With this in mind, we introduce a framework that converts TensorFlow models to pure Rust code, thus leveraging Rust’s native safe memory management and on top of that, increases the performance (time and space) of the generated model.

· Raise awareness of the ever-increasing attack surface that security companies are exposing themselves to, while deploying classifiers built on top of complex Deep Learning frameworks.

· Build a community around Rust for Machine Learning in general and around TensorFlow model inference in untrusted environments, in particular 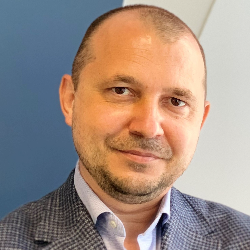 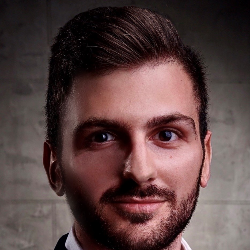 Passionate about numbers, with a keen eye for details, he started the conquest of programming the computer’s brain from an early age. His ambition towards understanding how things work at their core motivated him to constantly push his limits by taking part in various national and international competitions in the last years.

As a natural choice for his abilities, he chose to prove that theory and practice can indeed work together, joining the Machine Learning Community. He has already had the chance to work on two hot topics right now: Computer Vision and, most recently, Natural Language Processing.

And since building production-ready models that are threat-resistant is an important topic in our lives, he wants more people to find out about his discoveries.