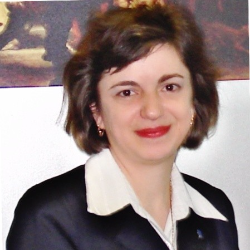 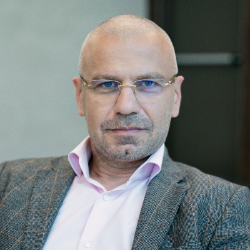 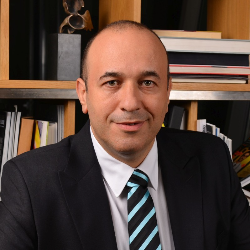 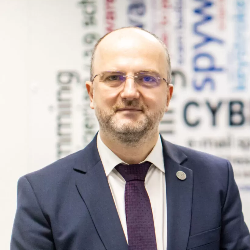 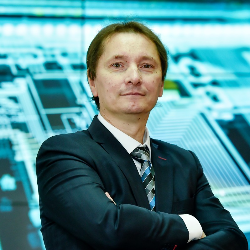 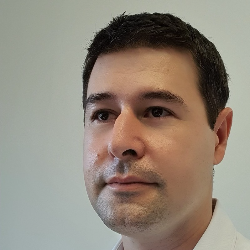 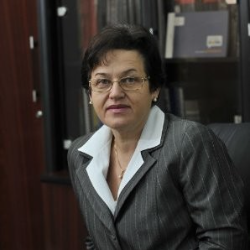 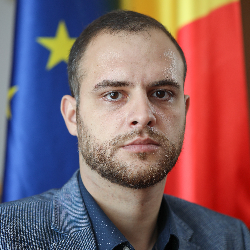 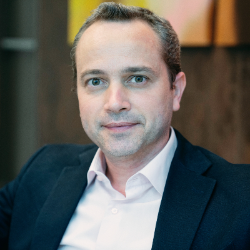 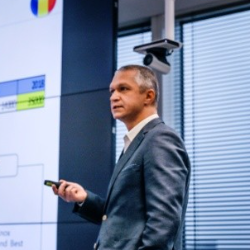 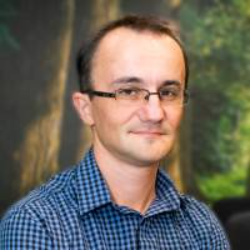 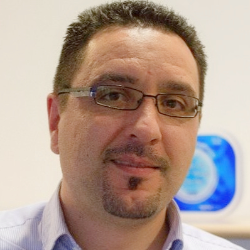 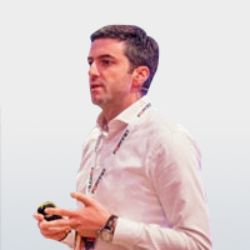 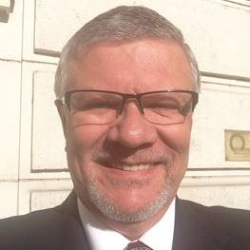 Emanuela became the General Director of the Romanian Banking Institute (RBI) in November 2020. She has previously coordinated the Distance Learning Department of RBI for twelve years. Emanuela has extensive experience as a University lecturer, teaching Accounting, and as a facilitator for short-term professional courses, on such topics as Financial Education, Accounting, Financial Analysis, Financial Management and Marketing.

She holds a BEc in International Economic Relations and a PhD in Economics, from the Academy of Economic Studies.

Adrian Floarea, graduate of the Faculty of Mathematics, holding a PhD in cryptographic algorithms, is a strong supporter of the Innovation Research activity in the field of identity and information security, through applied and innovative approaches to the projects in which he is involved.

He is the CEO of certSIGN and supports project teams by providing advice based on his extensive experience. With over 18 years of technical experience in this field and over 10 years in management, Mr. Floarea has an innovative vision and a comprehensive approach regarding new ways to strengthen company business, but also regarding new development directions required by the market evolution and new technological challenges.

Mr. Yugo Neumorni, CISA, EMBA is the Chairman of the European CIO Association, EuroCIO, President and co-founding member of CIO Council Romania, the Association of IT Directors in Romania, and former President of ISACA Romania.  He is member of the Advisory Board of Forum International of Cybersecurity, the leading European event on Cybersecurity, organized by French Gendarmerie. Previously he was the CIO for Cargus, Deloitte, Vimetco and Hidroelectrica.

With more than 28 years of experience in the IT industry, Yugo Neumorni is specialized in complex digital transformation processes, IT systems redesign, IT security programs and cyber-defence, data privacy and GDPR, ERP projects, BI and analytics, IT governance and COBIT framework. Neumorni graduated the Faculty of Automation in Bucharest and the Asebuss  - Kennesaw State University EMBA program in 2009. He is CISA certified since 2001. He is speaker in IT international events.

Mr.  Anton ROG is the Head of National Cyberint Center (CNC) within the Romanian Intelligence Service (SRI). CNC is responsible for conducting 24/7 activities to discover, characterize and proactively counter cyber threats against systems and networks critical to Romania national security.

Anton ROG has held various technical development positions including in software and systems design. He has also served as a Deputy Director within SRI IT&C central department. He is active with the academic community as associated professor at DRESMARA Brasov.

Anton ROG graduated from the University of Bucharest in 1998 with a B.S. in information technology, and he received a Postgraduate degree in program and project management in 2011 from DRESMARA. He was awarded Knight of the Order Manhood and Faith in 2014 and Knight of the Order of Military Virtue in 2005 by two Presidents of Romania.

Member of the Cyber Resilience Task Force, which developed TIBER-EU and annexed documents.

Participant in the Tiber Knowledge Center, a group that brings together the European authorities that have implemented TIBER.

Mrs. Rodica Tuchila has over 30 years of managerial and project management experience in the banking industry. She is a graduate of the Faculty of Automation and Computers of the Polytechnic Institute Bucharest and holds many specializations both in the IT&C and banking areas.

Mrs. Tuchila works for the Romanian Association of Banks since 2005, as Senior Adviser and Director, since 2017 as Executive Director.

Mrs. Tuchila was designated in 2007 as Program Director for the SEPA - Single Euro Payments Area – implementation in Romania and Chair of the SEPA Technical Commission. She is the Secretary of the National Payments Council, member of the European Commission Forum of SEPA Coordination Committees and responsible with the National Adherence Support Organization (NASO) for SEPA in Romania.

In 2007, Mrs. Tuchila was elected SWIFT User Group Chairperson for Romania and represents the Romanian banking community since 2009 in the EMEA SWIFT Alliance (ESA), being the Chair of the ESA Banking & Payments Committee.

Mrs. Tuchila coordinates the RBA’s projects related to payments infrastructures, cards operations and information security. Since 2016, she is Program Director for the Digital Agenda, one of the three strategic pillars of the Romanian banking community, along with the increasing financial intermediation and the financial education.

Head of Communications, Authority for the Digitalization of Romania (ADR)

Tudor Turcu is the Head of Communications of the Authority for the Digitalization of Romania. In his current role, he contributed to promoting Romania’s online payments platform for public services Ghișeul.ro as a safe, secure and swift method of payment during the COVID-19 pandemic. Ghișeul.ro is the first digital platform of Romania’s public administration to reach 1 million users.

For the past 10 years, Tudor held positions in different branches of the public sector. He was a Parliamentary Expert in the Senate of Romania, a Communications Director for the Sector 6 Mayor’s Office in Bucharest, a European Affairs consultant and a Communications Advisor for the Romanian Minister of Foreign Affairs.

Tudor has a BA in Political Philosophy and a MA in Applied Ethics.

Constantin Burdun graduated from the Military Technical Academy in Bucharest. He obtained the PhD in Computer Science within this faculty, where he pursued a teaching career. He further completed his studies at the University of Bucharest, graduating the MBA – Business Administration, Management and Operations studies.

He is a renowned specialist involved in dozens of large projects, in Romania, but also in other countries, for the implementation of infrastructures with public keys and the digitization of workflows for various organizations. He has also participated in over 10 research projects, publishing over 15 papers on information security. His areas of expertise include advanced electronic signature schemes, PKI interoperability and legal aspects of electronic signatures.

Alexandru Luca is an experienced Senior Consultant for Mobile Technologies with over 15 years of experience in the IT & C field. Over the years, Mr. Luca has gained valuable experience in this field both by taking key roles in the companies in which he has worked and by acquiring important certifications in this field such as Certified Enterprise Mobility Management, Certified Solution Design & Deployment, and Certified System Architecture.

Mr. Luca is a member of the certSIGN team for more than 4 years during which, his activity was an important part of certSIGN’s work and business in this field. The company, with its own mobile security department, has developed and now owns its proprietary mobile products, such as Trust4Mobile – Voice, and Messages Encryption application, Fides – Electronic Signature application, and, at this moment, is giving increased interest in continuously improving products and maintaining them at a constantly up-to-date technological level.

Professional Sales Executive with more than 20 years’ experience, able to understand and promote complex IT solutions, maintaining executive level relationship with customers as well with the business partners. Working experience in multinational telco companies and IT companies, part of Fortinet team since 2019.

Dan Gabor is a networking and security specialist with 20 years of experience in designing complex Network and IT Security solutions. He joined Fortinet in 2016 as a Systems Engineer and has responsibilities across multiple industries and technologies.

Peter Hnatiuk is the Ivanti Senior Territory Manager for the Balkans, Slovakia, Czech Republic, Romania, Moldova and the CIS countries. He is responsible for all market strategy planning, business development and sales in the region. Prior to Ivanti, he was the EE/CIS Regional Sales Manager for Mobileiron.

Peter has extensive knowledge in the Mobility and Cyber security industry with more than 30 years of Eastern European and CIS business development experience in the IT, Financial, Payments and Money Transfer sectors. He now lives in Vienna, Austria.