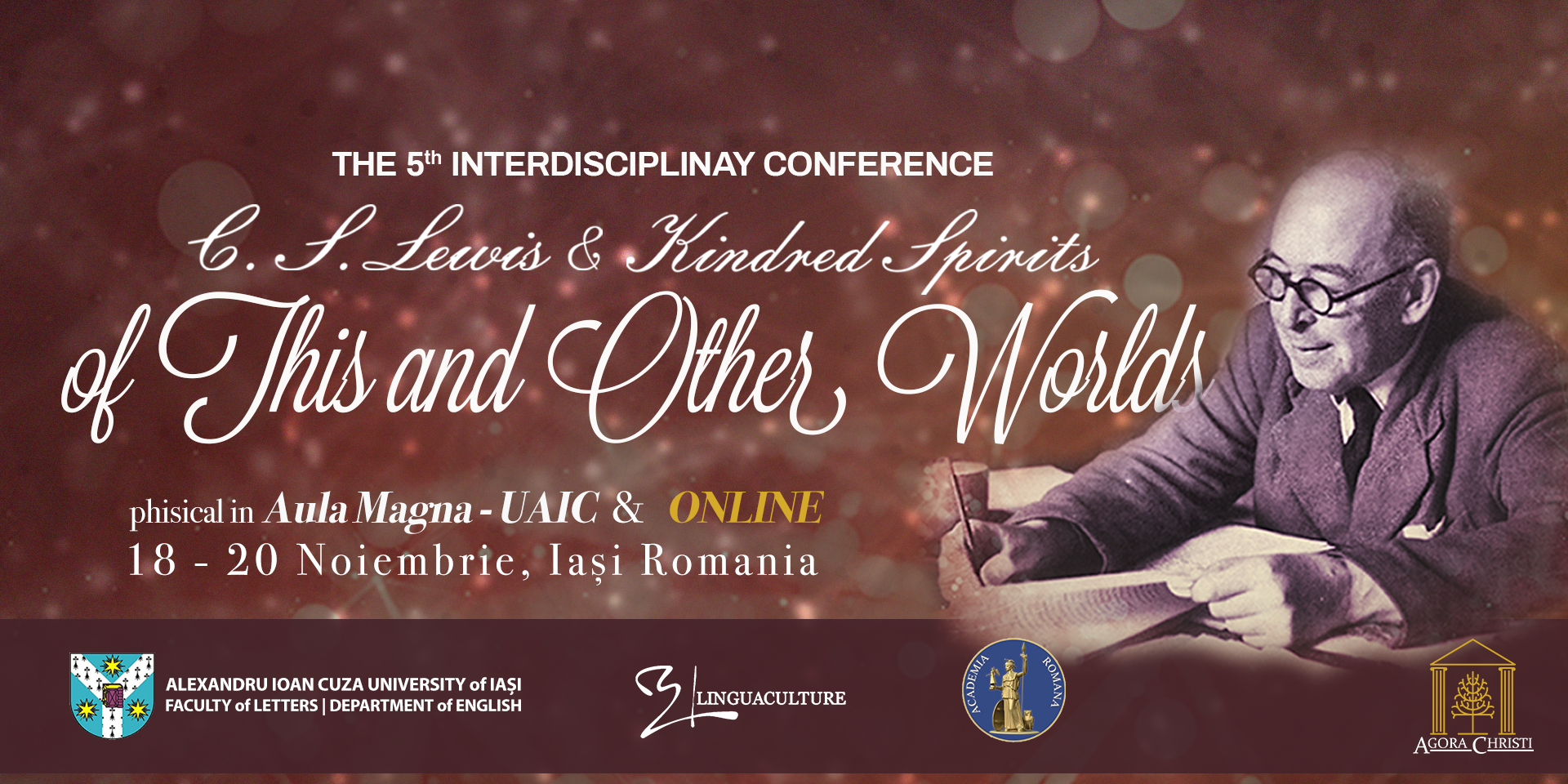 to the 5th International Interdisciplinary Conference in Iasi, Romania

devoted to the life and work of C. S. Lewis and kindred spirits):

Of This and Other Worlds

This continues the series of events devoted to the celebrated Oxonian writer and scholar at Alexandru Ioan Cuza University of Iași, Romania, which was initiated in 2013, and, despite the current circumstances, this year it has gathered speakers from nine countries and two continents. We are happy and honoured to be your hosts - virtually or/and in person.

The conference is open to both specialists and lay people who are interested in, and fascinated by, the Oxford Don’s legacy and influential presence within the current culture. We aim at enhancing the interdisciplinary turn of the conference (literary and cultural studies, theology, philosophy, linguistics, history, arts) and have invited speakers to present research papers that explore Lewis’s works in relation to those of his predecessors and contemporaries, as well as papers that identify “kindred spirits” and consonant ideas among subsequent generations of writers and thinkers.

The fifth conference focuses on C. S. Lewis and his literary and academic kin as creators of worlds. His entire work testifies to his fascination with alternative universes, from his scholarly exploration of Medieval literature, with its haunting myths and arcane symbolism, through his fiction, to his apologetics, where Christianity is seen as a parallel kingdom seeking to be reinstated in “an enemy-occupied territory”. From pain to love, through faith and imagination, he opened a spectrum of realities inviting exploration and reflection. The collection of essays by Lewis alluded to in the title of this year’s conference spans both this and other worlds: “this” realm, which we inhabit, is the necessary, unavoidable starting point for any explorers, conquerors, pilgrims, even refugees into the “others”.

Those willing to venture into the exploration of the worlds of imagination created by C. S. Lewis and kindred spirits have been invited to contribute papers in the areas of semiotics, narratology, literary studies (particularly focusing on fantasy), translation studies (focusing on parallel worlds... in translation), philosophy, logic, theology, linguistics, cultural and art studies, including any interdisciplinary permutation or cross-pollination. Equally welcome are the attendants without submitted papers. Not only do they come with their warm presence and emotional support, but also, some of them at least, are the ones who will contribute to the snowball effect of this international event.

C. S. Lewis Conference - Of This and Other Worlds